Dutchman qualifies ahead of Latifi and Ilott in Sochi, Russia 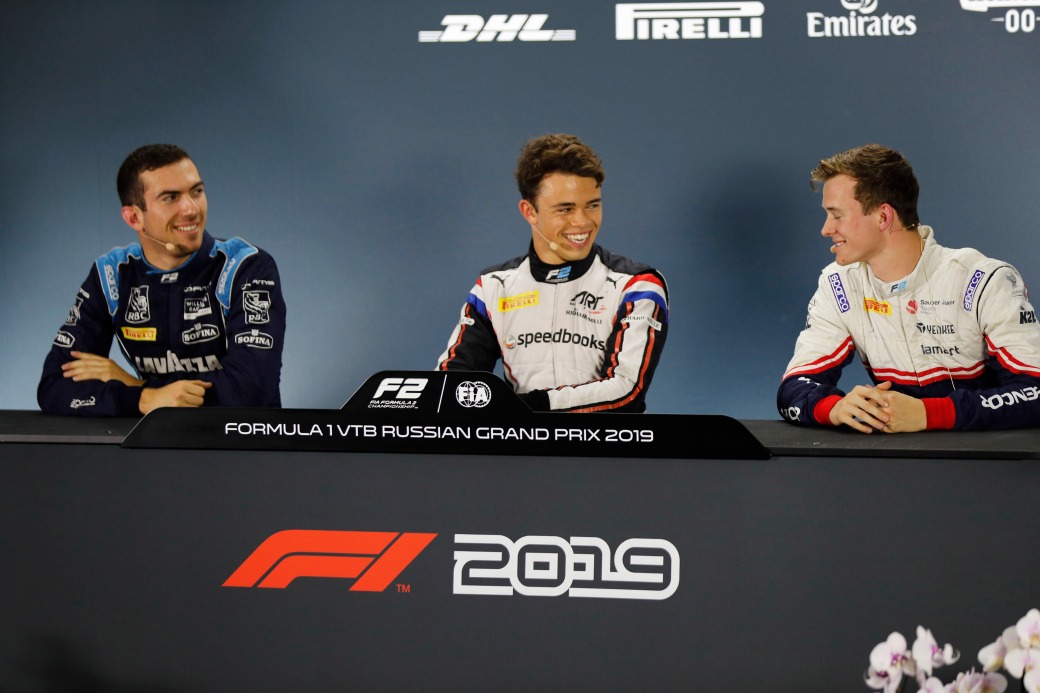 Having seen DAMS dominate Free Practice and the majority of Qualifying, Nyck de Vries drew out the full force of his ART Grand Prix machine to snatch pole position from the clutches of title rival Nicholas Latifi, who had looked set to seal first and the four points that come with it.

De Vries left it late, but a perfect final sector saw him go 0.260 seconds quicker than the Canadian for his fifth pole of the season. The DAMS driver held on for second, ahead of Callum Ilott.

The early afternoon sun had vanished by the time Qualifying came around, with a 60% chance of rain and dark clouds looming over the top of Sochi Autodrom. Luca Ghiotto was amongst the first to head out onto the track and warned of rain in certain sectors.

Latifi picked up where he had left off in Free Practice, setting the standard at 1:48.060, ahead of De Vries who suffered a slow final sector. The Canadian then improved on his time and further cemented his place in P1, as Ghiotto nestled into third behind the Championship’s top two.

Meanwhile, Jack Aitken’s evening got off to a rough start when a coming together with Giuliano Alesi left him requiring a new front wing. Thanks to the hard work of his team he returned to the pits and re-emerged with plenty of time to play with.

The cars went for fresh rubber as the session hit the halfway point and De Vries requested an early release, with rain starting to spit in the pit lane. Matsushita was left out on track by himself in an attempt at an alternate Qualifying strategy, but could only manage sixth fastest with his solo tour of the track.

The remainder of the field returned in unison with eight minutes remaining and with his Championship hopes on the line, Latifi looked set to seal his first ever pole position as the field struggled to match his pace.

Those hopes were given a boost as De Vries’ first sector came in 0.013s slower, before a wobble on Turn 7 further damaged his time. However, the Dutchman managed to recover and kept his lap green before smashing the final third, which gave him enough of an edge to snatch P1.

Latifi was left with less than two minutes to react and couldn’t beat De Vries, what forced him to settle for second. Ilott had managed to eek further power from his machine on the second stint, earning him third place on the grid.

With the gap now at 63 points, and only 92 remaining, De Vries could potentially wrap up the Drivers’ title in tomorrow’s Feature Race, which takes place at 4.45pm (local time).

This site uses Akismet to reduce spam. Learn how your comment data is processed.