2019 was a year of ending cycles and it was, to me, a surprisingly sympathetic year, where I met many new people and shifted into a creepily workaholic gear. Despite a few setbacks, it summed up to become a very positive year.

I decided to start the year with a solo trip to Australia. It was my second one to the Australian country, but my first trip to visit Sydney and Canberra. I was glad I could combine the two places to visit in such a short time, and stay withing my realistic budget.

As I did not have the option anymore of a direct flight from Macau to Gold Coast, I took a one-stop flight to Sydney, via Manila.

I love to shift from winter to summer on any season, wherever I am. Specially after I had an accident falling of the saddle while horse riding in Hong Kong on December 2018. I went to take a new set of horse riding classes in Sydney, during summer and recover confidence. And there I learned to steer a horse using only legs, and worked on dressage transitions beautifully. Would that be the real “sunshine after the storm”?

As the two sports I practice are Olympic ones (Showjumping and Recurve Bow Archery), I learned to shift my practices, in order to keep a fair learning curve. Both of these sports do not allow for a peak of performance throughout an athlete’s life spam. For so, careful attention to configuration, skill, practice and experience have a direct influence on achievements. 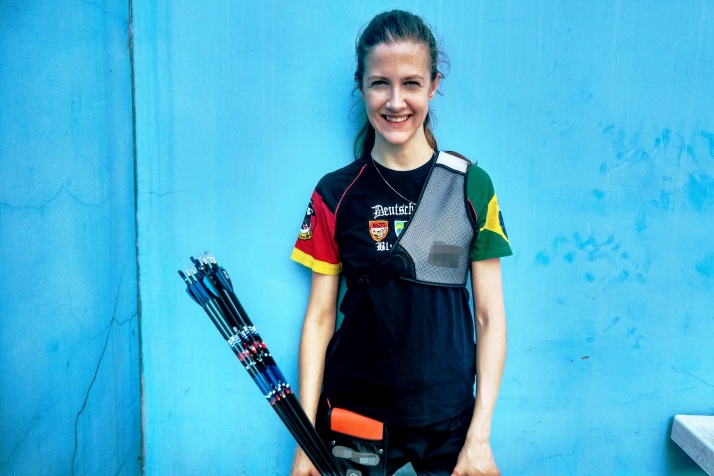 Me with archery gears

After most of my off days in Sydney, where I balanced my time between staying by the sand in Coogee beach and early morning horse rides, I visited the capital, Canberra. It was my first time there, and I was also able to see family. That all summed up to a great year start.

I was then back to Macao and back to work on my regular Monday to Friday job, and the next weekend event I had the opportunity to join was the Equestrian “rendez vous” in Hong Kong, Longines Masters Hong Kong. I shared it with all my followers on Live Instagram feed at that time. Thank you for all the fan support!

After that and with the ball still rolling for me as I had licensed broadcasting transmission of 2018’s Macao Grand Prix, I went to study more about it, and eventually also about Formula 2, which takes place elsewhere but Macao. And so my weekends were divided between me profiting from my own image distribution on Media, in partnership with different local agencies and model agencies; profiting from eventual luck at the Macao and the Hong Kong Jockey Club. And… the weekends I made sure to have my agenda closed in order to follow F3 and F2 more closely, for the sake of learning and giving back.

In 2019 I finally was able to purchase my archery equipment, and later in the year I went to participate in the international archery competition in Hong Kong where I met amazing people from abroad.

Horse Pilot brand also helped me, by providing top of the world garment for horse riding. I soon learned that the breeches were useful also for the training of archery, as they keep the mosquitoes uninterested, and kept my legs on a safe distance from the wild animals every time I played outdoors. Even when I tried playing field archery modality.

Between these occasions, I participated with my local Macao team to a local archery competition, in NanSha marina, ShenZhen, China. But my role at the time was limited, as I did not have my equipment ready yet. For so, I went there to learn from experience, and do what us archers know very well to do, to increase the “white noise” so we are more focused on the day of real practice. And it worked well.

Here are some of the images from the event, and I would like to stress again to my fans the fact that not all of the brands that I show up with me are my sponsors. 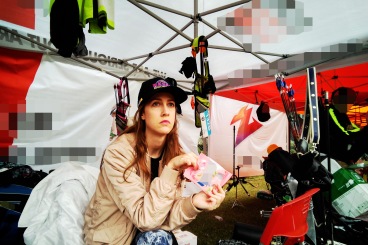 Tiredness after the competition. This is me at the feet massage place just by the border in Zhuhai. 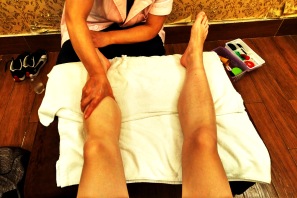 Every professional athlete deserves a weekly retreat at a Chinese SPA. (This is me at the feet massage place just by the border in Zhuhai)

Here are some curious photos of me in a foot massage place in Zhuhai. There places are everywhere, and this is something I always suggest to archers while playing in China, to do a feet massage or even a whole body massage after playing. All of professional athletes of other sports do it. We must embrace it as well.

By April I was still climbing up the ladder on investments into archery and my marketing. And it was also when I started to give real autographs, and cards. I loved that, specially because I am so new into this sport, (only 2 years of development) and already have some fan recognition. That makes the whole thing worthwhile, trust me.

It was May when I was writing for the first time about Ayrton Senna. As I am from a new generation of fans, that learned to love motorsport only from the image the Brazilian left, I felt need to write about it on that month. (the article can be found here)

By June I had finalized the process of purchasing my Olympic equipment. Therefore I started to spend more time developing my archery skills. 2019 was also the year in which I officially received my Archery Instructor certificate by the United States Archery Association, that grants me the ability to teach beginners the basic skills of archery.

I moved to a new place in July, to better up my budget. People born under the Chinese Horse zodiac, are known for being the most diligent when it comes to money. And this was the way I found to save even more during the year. I was now living comfortable with my new equipment and on a more cozy apartment.

August’s budget went straight into the execution of the carefully planned participation on a FIA Formula2 event, taking the media role. This time I needed to travel half of the world to be able to attend. However it was one of the best choices I could have ever done to allocate money. I was then able to unite breathing European good quality air with my own tasks, that did not require charging anyone else for the exploitation of my voice or image.

Was as well a good opportunity for learning and to meet once again, the finest people of the industry.

After the experience in Italy was past, I could understand what all of my journalist friends from Macao Press have told me before: that I was the one working harder on the (2018 FIA F3 Macau) event… and that may explain why do they eventually direct motorsport questions for me to answer.

September then came, and as predicted by “prophet” Nyck DeVries, as we met shortly during the Italian Grand Prix, my work at the political editorial was over in Macao. I did not know I could find another person with such gift of prophecy in the motorsport industry other then me. But that was Nyck DeVries.

As a way to say goodbye to Asia and Macao in great style, I decided to spent my Golden Week in South Korea. Another good choice, as I was able to reconnect with good friends. There are plenty of videos done there that will only be released on the year of 2020.

That was the real Gangnam style week 🙂 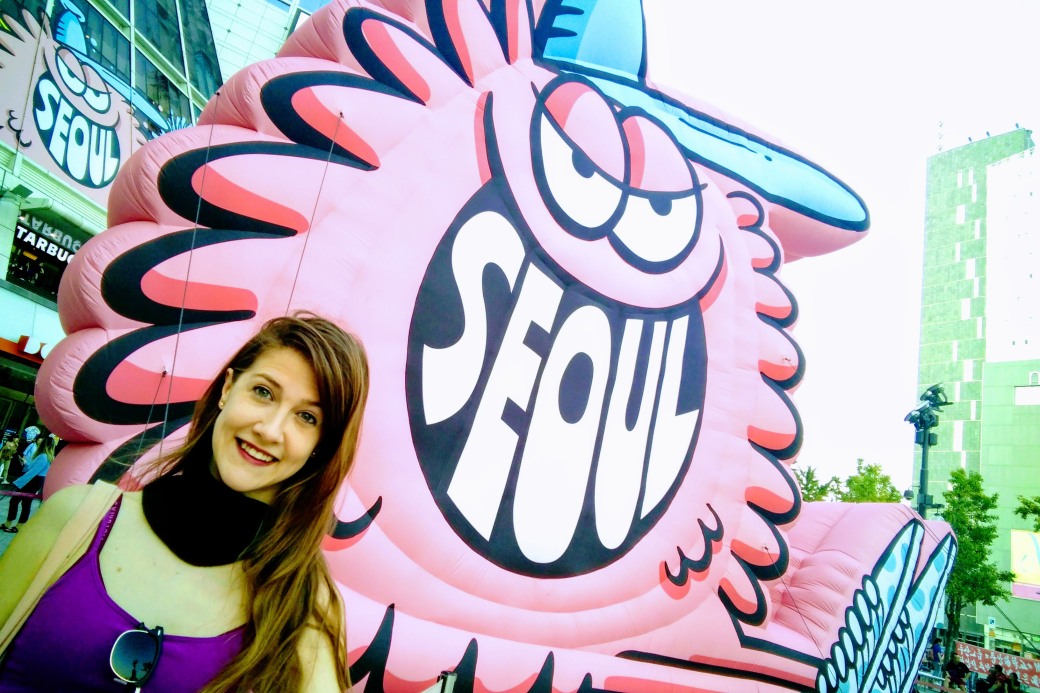 A little setback made impossible for me to attend Macao Archery World Cup competition in November. However the learning that came with it was even greater. I need to stress here that I am not ever going to put my health at risk for this. For so the smarter decision was to leave the event unattended. Right after that, I traveled back to my hometown in Brazil. And that was a very dear opportunity to see my family again, and spend Christmas with them, finally after 6 years living in Asia. I could not have planned this year’s closure any better, as with the inability to attend Macao Archery World Cup came my first ever trip to the United States, allowing me to complete a full circle of travels in 2019. And all within my own private budget.

I need to highlight special thanks to all people who are supporting my career in one way or another. And specifically:

among so many others!

Thanks for joining my endeavors and please remember follow me on my social media channels! 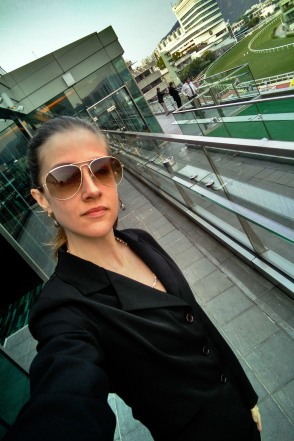 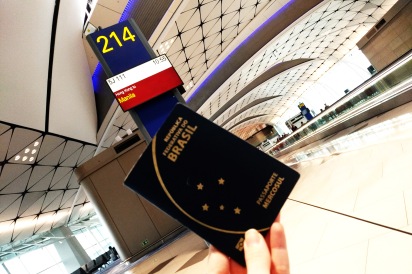 Sydney – My trip to – (Photo Reproduction)